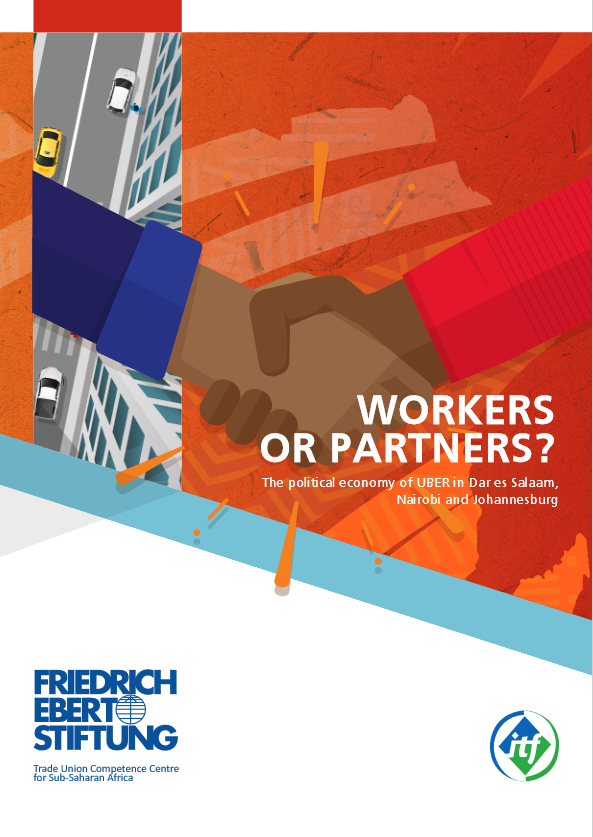 The study 'Workers or Partners? – Political Economy of Uber in Sub-Saharan Africa has looked at the working conditions of drivers for Uber and related passenger transport services in Johannesburg, Nairobi and Dar es Salaam. The global ride-sharing giant Uber has grown exponentially in Africa since its initial launch in 2013. It has rapidly expanded to many cities on the continent, attracting millions of drivers onto its platform.
However, drivers face multiple challenges like unpredictable income due to changing algorithms, no social protection in case of illness or accidents, financial constraints to cover the cost of their vehicles which are often not self-owned but rented. Since Uber frames itself merely as a platform that connects partners to whom the company has no responsibility, drivers have nowhere to take their grievances. As long as the drivers are considered as self-employed partners and not as workers they are not able to participate in collective action to address their adverse working conditions.

The study provides information to better articulate the challenges experienced by workers in the gig-economy and enable relevant stakeholders to continue putting pressure on digital platforms such as Uber to recognize the employment relationship between the company and the drivers and to improve overall working conditions. 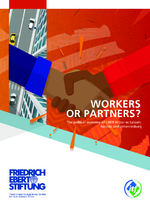 The political economy of UBER in Dar es Salaam, Nairobi and Johannesburg
Johannesburg, 2022

The Friedrich-Ebert-Stiftung (FES) is a non-profit German foundation funded by the Government of the Federal Republic of Germany, and headquartered in Bonn and Berlin. It was founded in 1925 and is named after Germany's first democratically elected President, Friedrich Ebert. FES is committed to the advancement of both socio-political and economic development in the spirit of social democracy, through civic education, research, and international cooperation. Friedrich-Ebert-Stiftung is the oldest political foundation in Germany.